This week, I preached on Numbers 11:1-10, notable because it contains the only reference to cucumbers in the Bible. And God is pretty harsh on the cucumbers. Is God come down as anti-produce? Why is God getting so judgy about the Israelites wanting more vitamin C in their diet?

This is the whole passage:

Now when the people complained in the hearing of the Lord about their misfortunes, the Lord heard it and his anger was kindled. Then the fire of the Lord burned against them, and consumed some outlying parts of the camp. But the people cried out to Moses; and Moses prayed to the Lord, and the fire abated. So that place was called Taberah, because the fire of the Lord burned against them. The rabble among them had a strong craving; and the Israelites also wept again, and said, “If only we had meat to eat! We remember the fish we used to eat in Egypt for nothing, the cucumbers, the melons, the leeks, the onions, and the garlic; but now our strength is dried up, and there is nothing at all but this manna to look at.”
Now the manna was like coriander seed, and its color was like the color of gum resin. The people went around and gathered it, ground it in mills or beat it in mortars, then boiled it in pots and made cakes of it; and the taste of it was like the taste of cakes baked with oil. When the dew fell on the camp in the night, the manna would fall with it. Moses heard the people weeping throughout their families, all at the entrances of their tents. Then the Lord became very angry, and Moses was displeased.

This translation is linguistically conservative, avoiding the colorful language and connotations of the Hebrew. So I’ve made my own translation to try to capture the subtitles:

Now [while they were in the desert, after God freed them from slavery] the people whined into God’s ear [about their lot]. And God’s ears got sore [until] it sparked God’s anger and God sparked a fire among them and it charred the outskirts of the camp [and kept burning]. The people [all] cried to Moses and Moses prayed to God and the fire went out. [Moses] called the place Burning [Park] because there God’s [holy] fire had burned among them. And some rabble-rousers among them craved their cravings. The children of Israel sputtered with tears and said, “Who will give us freshly butchered meat to eat? We remember the fish filets we ate in Egypt for free—and the cucumbers, and the melons, and the basil, and the onions, and the garlic. But now our souls are shriveling for [all around as far as the] eye can see there is nothing but manna!” Manna is like coriander seed and to the eye it is the color of dried tree sap. The people went out and gathered it, ground it in mills or beat it in mortars [with a pestle], then boiled it in pans and made mush-cakes out of it and the taste was fresh [but] oily. When at night the dew fell, the manna fell too. Moses heard the people, each family sputtering tears and every man in the doorway of his tent. And God’s anger sparked [and blazed]. And Moses’ eyes itched with displeasure.

(The brackets indicated words that are not literally present but carried in the connotations of the Hebrew.)

It seems the Israelites have a bad case of homesickness. They’ve left their huts and mud houses in Egypt, crossed the roaring Red Sea, and camped in thin tents for the last several years. This camping trip is way past the point of being fun. Living out of a suitcase is exhausting, and it’s emotionally and physically discouraging to be told you’re going to live out of a suitcase for the next 40 years. For the forseable rest of your life, you won’t be able to settle down, to grow a garden—you’ll probably never eat another cucumber in your life.

It is okay to be homesick, to miss the place where you grew up or where your friends and your purpose used to be. God is not mad at the Israelites for missing the place they came from. But there is a difference between being homesick and intentionally blinding yourself to the beauty of the place you’re in because you’re upset that it’s not your home.

Now that they’re eating boiled coriander mush, the people say, “Oh God, maybe we wanted to stay slaves and assimilate with the totalitarian capitalist empire of Egypt.” Maybe we didn’t want your covenant of justice and liberation, maybe we wanted excess and sin.

It is not bad to want what you love. But the Israelites are doing something different. They’ve put limits on their love. There’s some I-do-not-like-green-eggs-and-ham-I-do-not-like-it-Sam-I-am going on. The Israelites want what they love. And they refuse to love anything else.They are unwilling to receive God’s gift because it’s not the thing they wanted.

God is not angry about cucumbers, God is angry that people are asking for cucumbers in Wisconsin. In January. It can’t be done, but there is maple sap flowing from the trees and you can eat that. God is angry that the people haven’t learned a fundamental lesson about creation. Creation is diverse. Like humanity. Each place has a culture of its own, and God wants the people to learn wilderness culture. To develop an ecological competency.

[This is an excerpt from a sermon I preached on October 25. The full sermon text is here.] 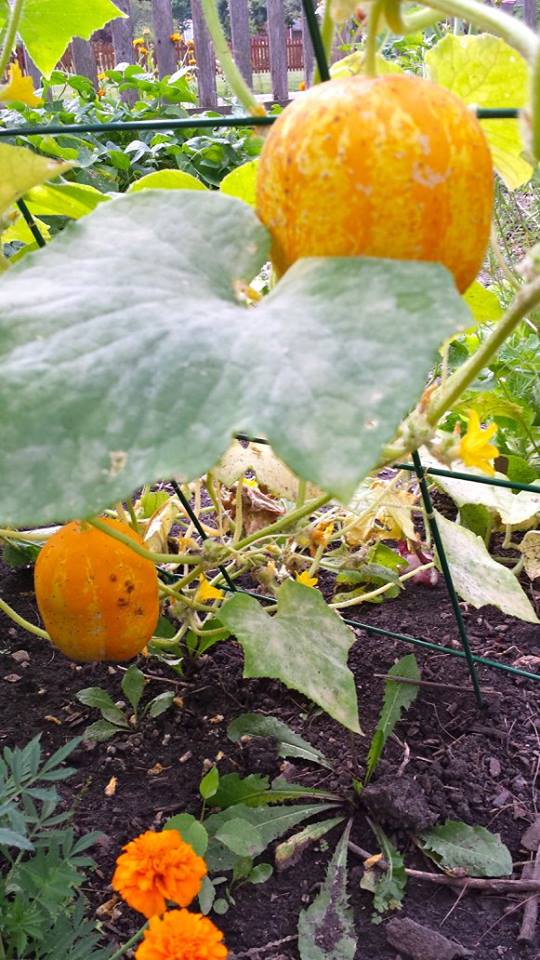 Homegrown yellow cucumbers. They won’t come around again until next summer.

One thought on “Is God anti-cucumber?”