God the Father is such a popular term for God that it’s almost redundant—by the time I say “God” from the pulpit, many people are already imagining a sullen, ripped, bearded fellow who may or may not be a father, but whose identity is reinforced when followed by the word father. That’s why, from the beginning of my ministry, I chose not to call God “Father.”

I believe the word is theologically accurate. I believe Jesus identified with God as a father (although he had an unfair advantage at his conception). I’m also cognizant of what the term means to me and that church attendance in North America is at record lows and that something in Christianity is “off” for many people.

Is it a mistake to throw out God the Father? Does nixing Father tempt us to throw out the whole notion of the Trinity’s Father, Son, and Holy Spirit?

The term “Trinity” doesn’t appear at all in the Bible and, while the Trinity has biblical integrity, it is something that Christians picked up only after the Bible was read many, many times. Textual arguments aside, the theological function of the Trinity is to reveal a God who is One—to assert Christianity as a monotheistic faith—while affirming the interrelationship of the Divine as proof of God’s love and as a model for Christian community. The terms Creator, Redeemer, and Sustainer are just as effective for members of the Trinity and in some ways, are more specific to their roles in our salvation.

Admittedly, Creator, Redeemer, and Sustainer are abstract terms. Another argument for God the Father is that anything else is too impersonal. Some scholars note that when Jesus calls God “Abba,” it isn’t just father—it’s as if Jesus is saying “Daddy.” It’s a term of endearment. However, intimacy looks different for each of us. My personal experience with the term “Father” never evoked intimacy. My father was absent for most of my childhood. For reasons related to his personal journey and my parents’ divorce, he wasn’t able to be meaningfully present during most of my childhood. As an adult, I’m grateful to have reconciliation with my dad and treasure my relationship with him, but there is still a massive hole in my understanding around the word “Father.”

After years of theological study and worship in many environments, I understand the intimacy of calling God the Father, but there’s no more special significance in the word “father” than if I’d been taught to correlate those attributes to “God the Gobbleydegook.” Father was never a mediating term for my intimacy with God. I find more intimacy calling God “El Shaddai,” a term used throughout the Old Testament with connotations of “God of the Mountain.” Growing up in the shadow of the tallest mountain in the contiguous United States, a mountain captured the intimacy and awe of God’s presence. God the Father may be intimate for many, but we ought to avoid generalizing about what term is most intimate for all people.

Jesus of the People, by Janet Mckenzie

Even the most committed advocates of using “God the Father” note that it can be a hard term for those who experienced abuse or trauma at the hands of their father. Yet they solve this dissonance by asking, as Tim Bentch does in his article in the Mennonite World Review, “rather than removing anything that could cause offense, can we embrace the opportunity to discover what our heavenly Father is like? Is taking the struggle away the right solution?” It is true that part of the pastor’s obligation is to invite people to spiritual struggle, to preach the gospel even when it is offensive.

However, there is a difference between offense and re-traumatization. If someone is deeply pained by God the Father, it is not the pastor’s job to set a timeline for increasing their comfort with Father. It is the pastor’s task to build resiliency through spiritual formation. We have more knowledge about trauma and resiliency than we’ve ever had access to in human history. Pastors should be informed about trauma care and triggers. Not so that they can avoid triggering anyone ever, which is an exhausting and impossible task, but so that they can recognize the ripple affects of sin and violation that can make it hard for a victim to re-enter the beloved community after trauma. We can use knowledge of trauma to re-frame the gospel in a way that speaks to the moment a person is in, just as Paul used the altar to an unknown God to re-frame the gospel for a new audience.

Tim Bentch further argues that when we replace Father, “we assume intellectual superiority to the writers of the Bible.” There are many ways to translate the Scriptures with intellectual superiority. However, churches that minimize Father-speech are not assuming superiority. Rather, they are drawing on the many other rich images in the Christian tradition. Christians have never believed there is only one name for God. We have so many images for God: the true vine, the lamb, the silence. Churches that minimize their use of Father can maintain theological integrity by magnifying these other biblical images for God.

If these arguments are not persuasive, perhaps 1 Corinthians 3:1-3 is insightful. Paul explains to the Corinthians, “I fed you with milk, not solid food, for you were not ready for solid food.” God the Father is a complex term, if a spiritually nutritional one. It is a solid food, it bears chewing on, and like a child transitioning to adult foods, it can be hard to develop a palette for Brussels sprouts or broccoli.

I do not believe members of my congregation who resist God the Father are babies or are spiritually inferior; I believe they are faithfully walking their journey. But if it helps you to relate with compassion to others on this topic, it may be worthwhile to reflect on Corinthians.

In my ministry, there are rare occasions when I call God Father. I recently used Father in a reading of Matthew 5, and was chastised by some in my congregation with arguments I myself have made many times. I am grateful that there are other descriptions of God that I can use on Sunday morning. I have made an uneasy peace with God the Father, but I do not begrudge those who have found their peace in exclusively viewing God as Mother, and I find peace in her, too.

There is a common logical fallacy in gendered dialogue, that empowering women means holding back men. On the contrary, empowering women is a way of further empowering men, of loosening each of us from the hurtful, restrictive ideas. Empowering God the Mother does not disempower God the Father. God is big enough to appear as male to some and female to others and burning bush to others and still we do not fully understand God. God carries all the attributes of male and female, and even more attributes beyond that. It is a frustrating and flawed process to wrap the fullness of our God in human language. When we use Mother alongside Father–or even in place of Father–we open doors for the gospel to reach new hearts. We invite God to work through our flimsy human practice of speech, and if we are people of faith, we can trust that God will. 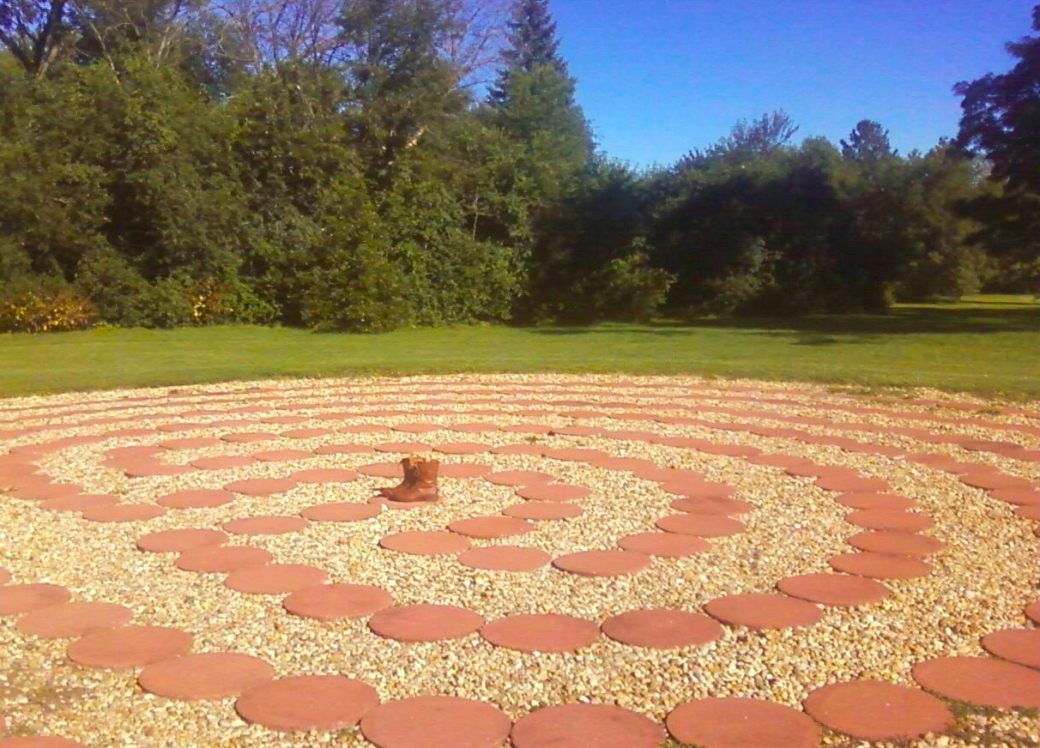