Ahhh, Orlando. With a biennial convention, it’s easy to lose track of the details. If reading two years of The Mennonite is TL;DR for you, here’s a overview of what will really matter in Orlando. I’m calling it the Gossip Girl Guide because it covers the gap between the institutional view and the ground-level view (also because xoxo, you know you love church polity). 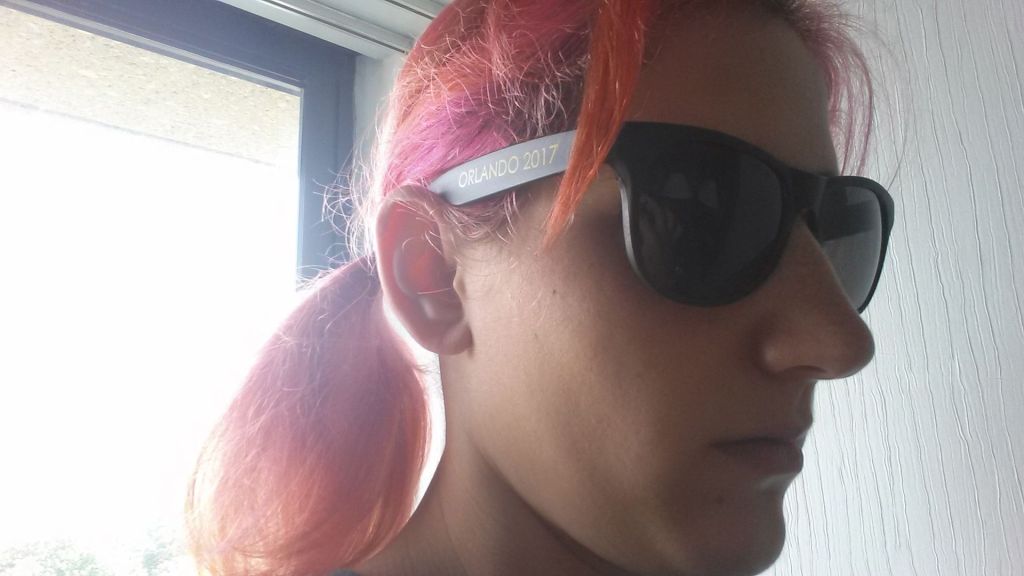 What to Look for: Who we are Now

What it Is: The denomination has shrunk by about a third since 2015. That means we don’t really know who the average Mennonite is anymore. Anecdotally, they seem to be further west and further north; less conservative (at least on sexuality), and perhaps less ethnically Mennonite. But that’s speculation.
Why it Matters: If we are fundamentally different, then we have the freedom to act fundamentally different–something Orlando already started to do, by automatically registering everyone for servant projects and introducing Future Church Summit. Incidentally, there are also several youth groups coming from congregations that are no longer part of Mennonite Church USA. This convention will shape not just who MC USA becomes, but who Evana and Lancaster Conference become.

What to Look For: Where are the LGBTQ Mennonites

What it Is: In Kansas City, MC USA was heavy-handed in trying to control where and how queer people appeared. For obvious reasons, it didn’t work.
Why it Matters: MC USA has taken a (somewhat) more accepting approach to moderating how queer people can be present. But does that approach actually welcome people or just shift the method of discrimination? And while MC USA is trying to reinvent itself, so is Pink Menno. Pink Menno is no longer the only or the loudest LGBTQ constituency group in the denomination. The landscape of LGBTQ Mennonites is shifting and widening; the number of employed queer pastors is growing. That doesn’t mean they feel welcome at Orlando–they don’t, especially after EB’s poorly-handled non-appointment of a qualified gay man to a committee everyone agreed he should be on. What queer spaces emerge, and whether the institution spreads the welcome mat a little father, will define the next two years. 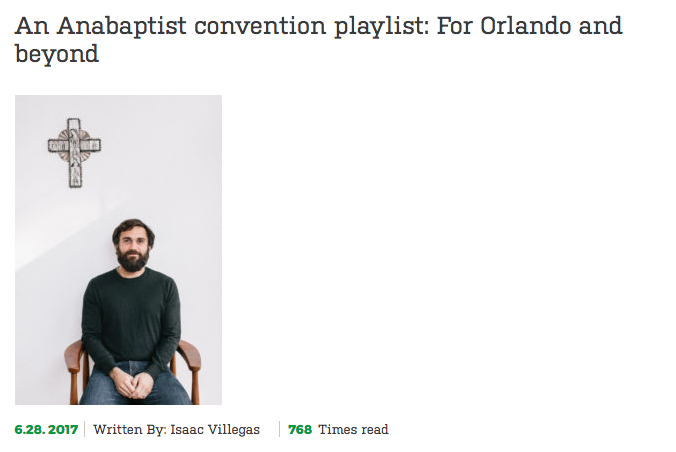 What to Look For: Who is Having Fun

What it Is: From #overheardwithted to requests for worship glitter to Isaac Villegas’  Anabaptist Convention Playlist, the Internet is laughing–with convention, not at convention. Like the heyday of conventions, people are still coming to Orlando with joy.
Why it Matters: Joy is a sign of resilience from conflict and stress. The ones who having a good time are the likeliest to stay in the church–and the likeliest to set a vision, whether or not the institution listens to it. These are the people you want to sit next to at Future Church Summit. They’re the ones who have the creativity and the energy to vision something other than stagnation. Additionally, if the people who are opposed to same-sex sexuality can’t figure out how to have fun, they’ll lose ground, energy, and credibility.

What to Look For: Does Future Church Summit Work?

What it Is: There’s an argument to be made that the main problem in Kansas City was the structure itself. Delegate sessions are long, tedious, and over-air conditioned. Future Church Summit is, theoretically, a corrective to the perennial problem that the people willing to be delegates are those who have the greatest stamina for bureaucracy. Orlando condenses bureaucracy (and hopefully, long self-congratulatory presentations from administrative groups).
Why it Matters: Delegate sessions are about maintenance, with a bias toward tradition and stability. Future Church Summit should be a problem-posing model of generative, creative thinking that embraces challenge instead of fearing it. If it is as Paulo-Freire-infused as it has been advertised, it’s on the cutting edge of education theory and will channel grassroots fervor into institutional transformation. If it is a dull and bureaucratic letdown, it accelerates the death of the denomination and institution.

What to Look For: The One Remaining Resolution

What it Is: In a move that is either conflict-averse or creative, there are no new resolutions in Orlando. The revised Israel-Palestine Resolution from 2015 is edited with an ear to constituent feedback, contains gentler rhetoric than the previous draft, and should pass easily (but will not, because it contains the words Israel-Palestine; also, because delegate session).
Why it Matters: Resolutions, as they’ve been practiced since the merger, are pretty ineffective tools. For the most part, they’re dry statements that can sidestep hairsplitting and avoid substantive commitment. They do little more than reflect cultural concerns in the intervening two years. Add that they’re being voted on mostly by lead pastors and retirees with enough time to spend a week on church business, and it’s not even a representative body. A step away from resolutions might make us a more effective church, especially if we can create guidelines for a centralized church body (Executive Board) to respond to current events as they happen (*cough cough Pulse debacle cough*). If we can innovate a more effective format than resolutions, it’s to our collective advantage.

What to Look For: The Adult-Youth Gap

What it Is: Adults delegates at Kansas City were exhausted by the emotional and bureaucratic load. As a youth sponsor, I was only exhausted by lack of sleep and the long walk to the convention center.
Why it Matters: If the narrative about Kansas City is that “it was terrible,” we’ve set the denomination up for failure. Adults forget that convention has never been about them–sure, delegate work is important, but the legacy of convention is not institutional efficacy. It’s that it hooks youth into a meaningful, collective identity in Christ. It makes the case for Mennonite affiliation. If adults think convention is about their finer theological and administrative positions, then the whole church loses.

3 thoughts on “What to Watch in Orlando: An Unofficial Guide”