I considered titling this post “Everything I Know about Marriage I Learned from Beyonce”–but I don’t even have space to explain how true that is.

Last week, I fell into a conversation with several seniors in the church about how the younger generation–my generation–had ruined the institution of marriage: cohabitation, quick divorces, and promiscuity had eroded an important and valuable way of life. With none too much politeness, but perhaps the most politeness you will see in the next 800 words, I cut the conversation: “We didn’t ruin marriage. We have a deep respect for it. And that’s why we’re not doing it as often or as quickly as your generation did.”

It’s easy, in our cultural environment, to stay generationally segregated–in college dorms, retirement communities, day care centers. It’s equally easy to create a generational echo chamber around particular issues. But the idea that my generation–or the one before it–ruined the institution of marriage is shortsighted and destructive. 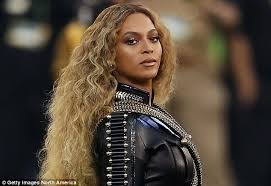 The Millennials’ model for marriage, a case for and against.

The institution of marriage has been broken for a long time. Marriage was broken way before Jay Z slipped away with Becky and her hair. Marriage was broken before Ike hit Tina; before Henry VIII decided to pair divorce with beheading. Marriage began to struggle about the time Abraham took his wife’s servant in order to produce an heir. Or when Jacob decided if he couldn’t have the woman he loved by herself, he would take her and her sister as a package deal. Or the time Judah’s son died and he decided not to take responsibility for his daughter-in-law’s standard of living in spite of cultural expectations so Tamar seduced her father-in-law and sought her own economic protection by having his child.

The idea of biblical marriage is even more absurd than the idea that a single generation ruined marriage. If you are a Christian, tell me, who do you look to in the Bible to model your marriage after? Abraham and Sarah? Polygamy and justified sexual slavery. Samson and Delilah? Cohabited while Samson was already married. David and Bathesheba? Check on the adultery and the premarital sex. Mary and Joseph? That’s a point for teen marriages, wide age gaps, shotgun weddings, and adopting a child who isn’t yours. Jesus? Oh wait. He never married.

The Bible paints a picture of marriage as flawed at best. An institution perpetually undermining itself by virtue of its participants. Because marriage was hard–is hard. And because marriage was an economic arrangement. It wasn’t designed to create emotionally healthy people; it was designed to create business alliances, a clear division of hard labor, preserve ethnic identity, and sustain patriarchal power. Marriage is a container for relationships, but for centuries–millennia–it was a poorly built container.

The Jesus Model of Marriage: “I have no work-life balance; my life is my love.” Surprisingly unpopular with Christians.

So what about the generation that destroyed marriage? If you’re speaking of high divorce rates and cohabitation, you’ll have to be more specific. Divorce rates peaked in the 1970s and early 1980s, and ever since have been in decline. Cohabitation has been high ever since. We’re speaking of multiple generations of people–you cannot blame the Milennials who, according to available data, are divorcing at the lowest rates in decades.

Given this reality, we also have to admit–especially in the church, we have to admit–married people are afraid. A shift away from the sacredness of marriage does undermine those marriages which feel sacred. But this is also rooted in a fear of change. Much like contemporary discourse on race, part of the Establishment’s fear is being dis-Established. If you are worried about the decline of marriage, ask yourself: what are you afraid of? Beyond the abstract notion of “an immoral and corrupt society,” what scares you? That your children will not be like you? That you may never have grandchildren? That people will not get to experience the joy that you have had in your marriage? That people will scoff and judge you for the decisions you’ve made? That’s what church people so easily do now–scoff and judge those who didn’t make your decisions.

If you question the validity of cohabitation or premarital sex, you have to be prepared to listen to the generations participating in these new institutions. Be prepared for them to ask: Where were you when marital rape was legal? Where were you when Brock Turner got out of jail with half his sentence because of “good behavior”? Where were you when Chris Brown, Ray Rice, or that other NFL player was in the headlines? If you are lamenting the decline of marriage, then you should be on the phone telling your local NFL team not to sign Ray Rice. Why would you expect women to rush into marriage when the headlines are finally reflecting our lived experience? You don’t get to stand for Marriage The Institution and stay silent on other sexual justice issues. To lament the decline of Marriage, The Institution, is to say sexism and sexual abuse isn’t that bad. Marriage, The Institution, has always been linked to destroying women’s sense of self. Marriage is linked to devaluing women in more ways than I have time to go into in a single post.

All the Christians standing with Ray Rice’s wife raise your hand….

Marriage isn’t the only culprit. But it is one large, tangible way that women can finally moderate their own self-worth.

The young people delaying or refusing marriage right now are those who were raised among peak divorce rates and the first generation of adult women to teach feminism to their children. People like me. What did the institution of marriage do for my childhood? The best thing it did for me was turn face and leave. I love my mother. I love my father. I love their decision to part ways, the difficult realization that the only way for each of them to stay sane–and raise sane children–was to leave each other. I am grateful for my parents’ disregard for the institution–it changed my life in the best possible way.

A generation that cohabits and has a high rate of responsible premarital sex is the natural outcome of a generation that watched unhealthy marriages collapse around them. The tentative approach my generation has to marriage does not come from our desire for instantaneous gratification (if that were us, we would still be singing Destiny’s Child), but our humility toward such a fragile and profound commitment as marriage.

Do yourself a favor and don’t ever Google Ray Rice memes. But I digress.

Occasionally, people ask me a question to the effect of, “Why aren’t you married?” which, really, is an incredibly rude question. It tempts me to spend a week approaching every married friend and saying, “Really? That one? That’s the reason you got married?” I do, however, answer when asked. Because the people asking don’t seem to have considered that, given that I am the only person living my life, given all the circumstances I was given, have made the best possible decision not to engage an institution that will, at all points so far in the past, damage rather than sustain me. That marriage is the best possible option only if a number of other factors come together.

After generations on generations, we’ve finally arrived at a culture where we do not need Marriage, The Institution, in order (for women in particular) to have economic stability, familial stability, or an unstigmatized life. We’ve arrived at a point where our culture can celebrate a healthy self rather than reaching the right checkmarks at the right age. And that is a good thing. We have divorced marriage from the patriarchy and it is only our institutions that have crumbled. Our children have thrived. Our girls have thrived.

I do get defensive when someone suggests that we should lament the decline Marriage, The Institution. The Institution has been broken for a long time. For every good, healthy, thriving long marriage I can name, I can name two destructive, hurtful, hurting marriages. Some people–a small number of people–have found a way to take a broken institution and make a thriving relationship. Let us celebrate that. And let us celebrate the others, too, who have looked at the broken institution and said “I will not participate in a thing that breaks me.” Let us celebrate that, too. 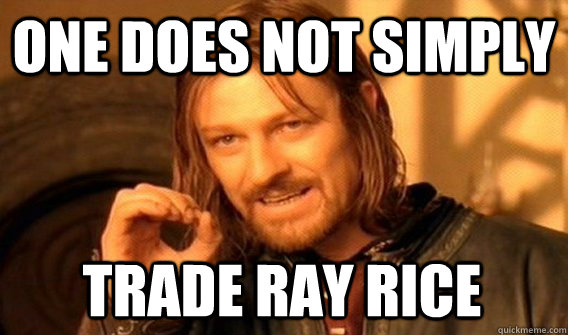 I know, I know. Enough with the Ray Rice memes. How about “One Does Not Simply Defend the Institution of Marriage”?