There’s something crazy that happens when you’re standing in a crowd of hundreds listening to a fiery activist on a crackling portable microphone: you learn something. Often, I talk to people who say: “I don’t feel like I can go to the rally because I don’t know enough about [insert cause]. My response is: “That’s exactly why I go!” 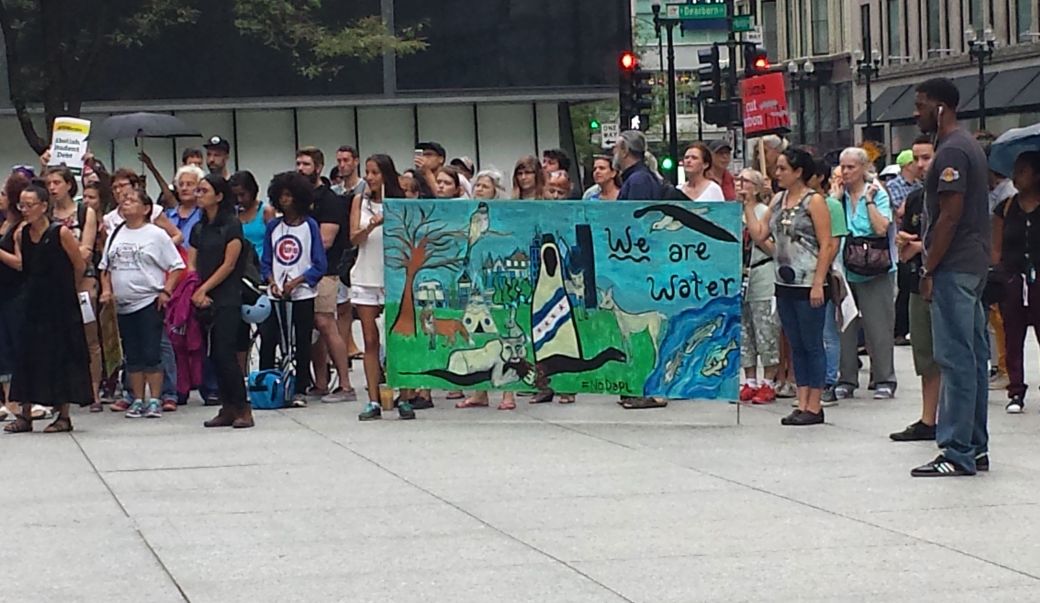 My first impression on entering Daly Plaza was the sage I smelled half a block away. But this was my second impression.

The best education is showing up. I barely skimmed Mennonite Central Committee Central States’ statement on the Dakota Access Pipeline this morning. Mostly what I knew about the something-something-dog-bites-children-newsfeed and big-oil-destroying-hundred-year-old-native-burial-sites. Best believe I was image-searching #NoDAPL protest signs because I wasn’t sure “Sacred Sites are Not for Sale” was on-message enough (I went with “No More Broken Treaties” instead).  I went to march against the Dakota Access Pipeline because I believed I could learn more from being with the people affected than Googling articles from a distance. 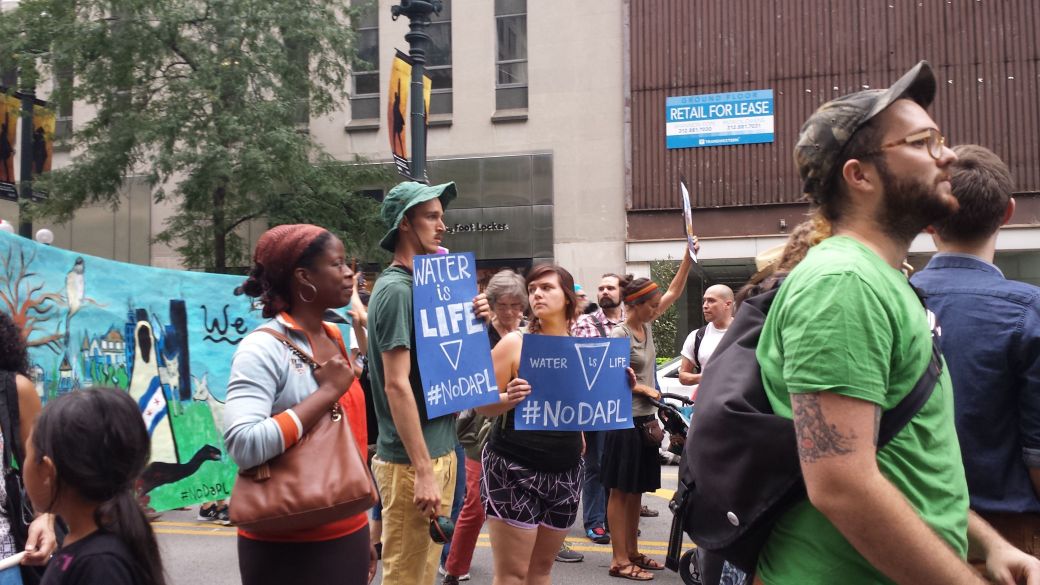 I learned that Water is Life. And Water is reason enough to defend something.

When I stand in the middle of a rally, I often feel like I’m somewhere inside the pages of Howard Zinn’s People’s History of America, gathered in an unlikely diverse crowd, students and retirees, Muslims and Catholic workers, indigenous people representing tribes across the continent… and it floors me that in a 6-minute speech I learn more than in a 50-minute classroom lecture. A rally is an educational tool–to hear half-dozen indigenous people who have been to the Sacred Stone Camp is learning. To hear a 14-year-old Lakota boy from Chicago talk about watching  private security forces harass children is education. Protest is education.

When an organizer says “This is a prayer movement,” I learn. When she says, “The value of spirituality and prayer cannot be overstated,” I learn. When I hear a representative of Black Lives Matter Chicago say, “Solidarity with indigenous people” and “They try to colonize and control our land like they try to colonize and control our bodies,” I learn not just about racism and colonialism, but about Chicago. How we can organize hundreds to march against the Dakota Access Pipeline in the matter of a week because we have all been practicing–practicing how to risk and gather our bodies–for a year and more now.

A block and a half protest on a minor media story came together in less than a week.

I learned–remembered–that dancing is a form of protest.

And this is one reason I protest. Because in this, I learn not just about my city or my country or my oil companies, but I learn about Jesus.

“El Agua es Sagrada,” says the sign on one dancer’s headdress. Dancing, too, is sacred. Gathering with strangers is sacred. Defending land is sacred. Is, in fact, something Jesus did.

One thought on “Protest is Education: The Dakota Access Pipeline”