For a single moment, in the waiting room of the tattoo parlor, I thought: “you can un-do this. There’s still time to take it all back.” And then it passed. I lay down. A whooping crane began to emerge somewhere on the back of my calf, still invisible to me at the angle I lay, and I thought: “Paul was wrong. The body isn’t a temple after all. It’s a mural.”

When Christians say bodies are temples, usually it’s a warning. It’s shorthand for all the negatives that will lead to destruction. We’re told it until it becomes a shock collar, and any time we treat our bodies as anything less than a static empty building, we’re filled with fear of our own destruction. When grown ups told us “your body is a temple,” usually what they meant was “your body is a house that’s been on the market for three months.” They mean: Don’t leave crumbs in the kitchen; keep the floors swept; erase the fingerprints and furniture marks; make it look like no one lives here so that when Jesus returns he can have his run of the place because he needs a vacation home.

We mean, “return your body to God the way it arrived to you. Don’t mess it up; don’t spend too much time in the sun; don’t run so fast you fall and get scarred.” When they say, “your body is a temple,” they mean “your body is a library book, don’t get fined when you return it.” But the body is not a temple, not literally; the body is mobile, it’s a vehicle, it puts on the miles. It’s built to carry a load, set it down, pick up another one.It’s not Paul who was wrong, it’s us who misinterpreted him.

I never had strong feelings about tattoos. No one in my church did (false; there are a handful of once-teens who, after late-night lock in instructionals, now bear handwrought evidence of what they learned from each other).

The only book, to date, that has directly resulted in me getting a tattoo.

But I never felt compelled to create an ethics of body modification.Until somewhere around two weeks ago and page 16 of The Argonauts, it arrived so fully formed and forcefully that all I could do was make an appointment at the tattoo parlor. The epiphany landed whole in front of me—an ethics of body art. What is incarnation if not a willingness be stained by the art that comes with living? What is Jesus’ body if not evidence of life, of scars, the permanent etched on the impermanent etched in permanence? What was resurrection if not God’s claim to buy ugly houses?

All the way through your twenties, you get treated like your body is still becoming its best. And then, sometime after that, you spend the next two-thirds of your life with a temple that has a leaky roof. But what is life if not submitting yourself to the art of living, the marks it leaves? What is grace if not letting the rain in? All my life I’d been taught to think of tattoos as “don’t do something you regret,” and all of a sudden in this moment the opposite was true: “don’t believe you’ll ever do something that you won’t forgive yourself for.” Don’t believe you’ll ever reach a place where regret overwhelms grace. The tattoo artist who stained my skin had a “scrap leg,” a place to let people practice their art, and as he said it I’d never heard anything so theological as a leg freely offered for so many artists to make bad art. Trust that this is grace. Trust that this body will be good enough for you, in your choices to change it and the changes it makes without your choices.

“You, reader, are alive today, reading this, because someone once adequately policed your mouth exploring. In the face of this, Winnicott holds the relatively unsentimental position that we don’t owe these people (often women, but by no means always) anything. But we do owe ourselves ‘an intellectual recognition of the fact that at first we were (psychologically) absolutely dependent, and that absolutely means absolutely. Luckily we were met by an ordinary devotion.’”

I don’t know exactly what it was in The Argonauts that made me fall in love with tattoos. This paragraph is my best guess. We say, “your body is a temple,” like the body was always linguistically advanced enough to know what this means. The body—anyone’s body—started out as a helpless and needy temple. It is the ordinary devotion of God and community that makes the temple anything but a passing moment.

“Or do you not know that your body is a temple of the Holy Spirit within you, which you have from God, and that you are not your own?” That’s the full sentence in 1 Corinthians 6:19.

As I listened to the ink make a home in my body, I felt a sense of intimacy I hadn’t felt since my baptism. The potential for forgiveness, unlimited. The presence of the Holy Spirit within me, which I can’t always affirm, now marked on me. A sacrament, in its most literal definition, “the outward sign of an inward grace.” A public promise to trust that what I did in this moment would bear me into the next, and the next, and the next, would take me closer to forgiveness, closer to community. I felt the sense of picking up a burden and carrying it into some unknown unpredictable.

“Come to me, all you who are weary and burdened, and I will give you rest. Take my yoke upon you and learn from me, for I am gentle and humble in heart, and you will find rest for your souls. For my yoke is easy and my burden is light.” There’s still a yoke. There’s still a burden, it’s just lighter.

“Did it hurt?” People sometimes ask. I don’t know, I want to say, did baptism hurt? Was the water frigid in February, even if you were in Georgia? Is pain still pain if you forget it hurt? If it hurt like a vaccination, like something going in that makes you stronger, lighter, relieved? Isn’t that what the body does anyway, it hurts sometimes, until it doesn’t, until it makes its peace, until the hurt is just on the inside, is ours to love back from the edge?

I don’t believe everyone needs a tattoo. But I can envision an Anabaptist ethic of body art, a believer’s baptism of marking out the grace you’ve experienced when you’re old enough to articulate it. I believe the Christian faith has gifted us, if we find it a necessary gift, an ethics of body modification. 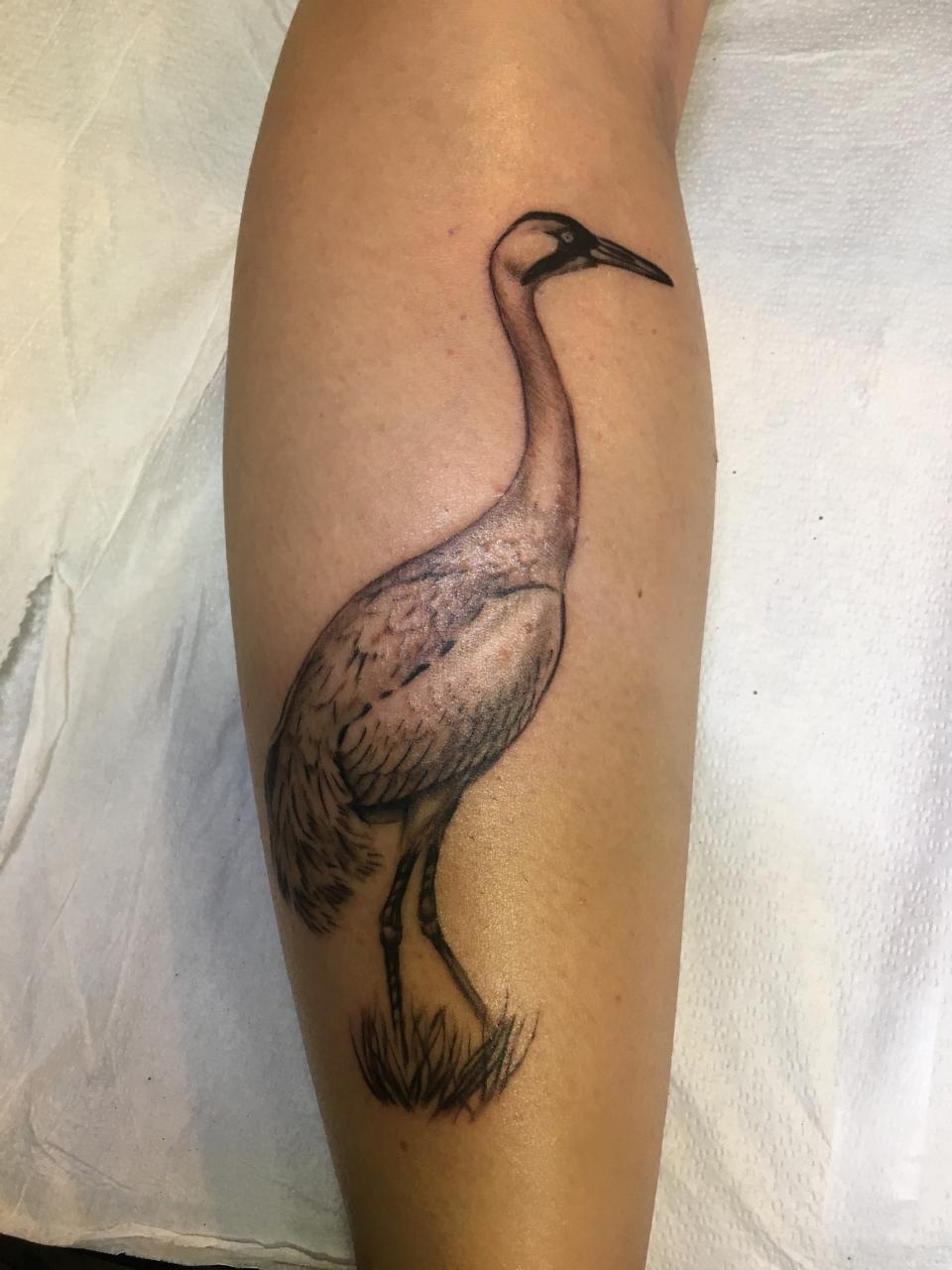 One thought on “Your Body is Mural: A Christian Case for Body Modification”