There’s something about planting season that fills me with a strong sense of incompetence. Planting consists mostly of taking near-microscopic spheres, putting them in a pile of dirt, throwing water on top of that dirt, and walking away. There’s something divinely incompetent about the whole thing. When we usually say “bury it,” we mean, “throw the thing away.” Forget about it. Planting is a foreign world. I love sowing seeds, but as soon as they are buried, I’m overwhelmed with the anticlimactic adrenaline rush. That’s it? Now I just… stop… doing things?

A pile of dirt.

The best thing I can do is nothing. I wait a few months, and then bam! potatoes. I spend most of my time not doing a thing in order to get a thing. After spending three intense, all-consuming years in graduate school to get a very specific job, it’s difficult for my merit-based mindset to understand.

And at the risk of extending overextending a metaphor, I’m trying to spend more time not doing things. Especially not doing things to and for my friends. The downside of being a pastor is a workplace environment where people expect you to fix things, and usually by things they mean someone else’s problem, who may or may not feel that the thing in question is a problem. I know this intellectually, but it’s tempting to do it, at church and with friends.

Increasingly, the land is becoming my friend. Not because the land is actually my friend, but because treating the land like a friend makes me a better friend. I do change the land–I bring my shit to the land, and it changes the land, often (surprise) for the better. I arrange the land, bring it the things I like, and it incorporates those things. But eventually, I have to stop bringing my shit to the land and let it be. Let it make other friends and take care of its world and my job is mostly being present and paying attention and helping in small ways, once or twice a week. 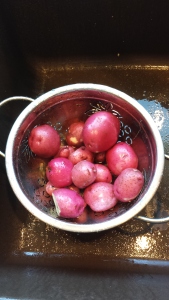 One of the most productive things I’ve not done. Last year’s early potatoes.

It’s hard to stop helping, though, especially when I walk through the garden six times a day. I walk past the garden to get to my car, to get to the church, to get pretty much anywhere. At the peak of last summer, I could pass by ten times a day and every time, pull something out or put something in every damn time.

After the snow melted, I did nothing. But the crocuses showed up anyway. That’s what they do. It’s a novel way to approach the world, post-Easter. Do what you can. And where you can’t, stay. Don’t leave, just stay here and be, and in a few more days, the potato sprouts will poke their heads through the dirt and just… be. But they’ll be with you. 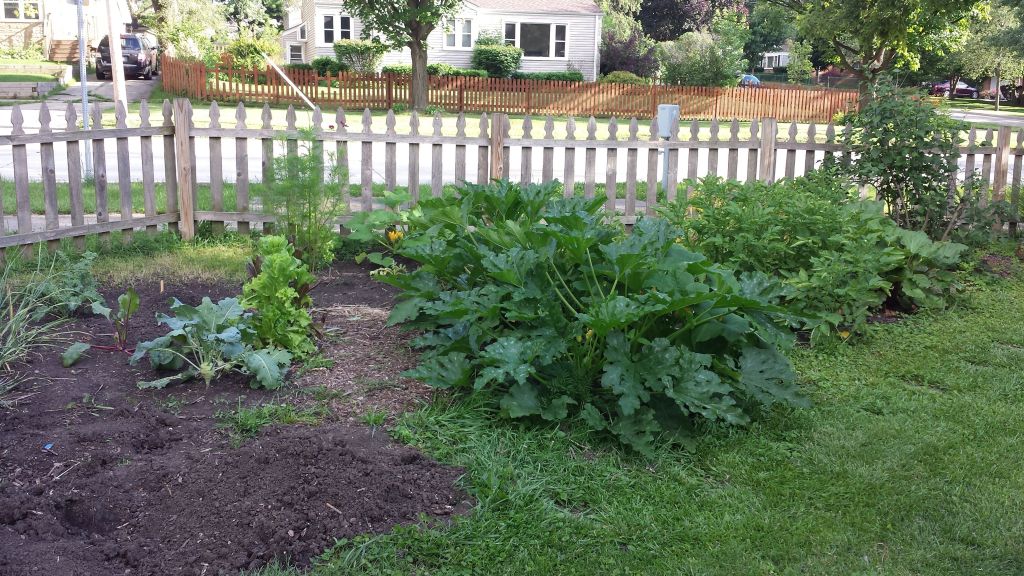 One of the most delicious nothings I’ve done.